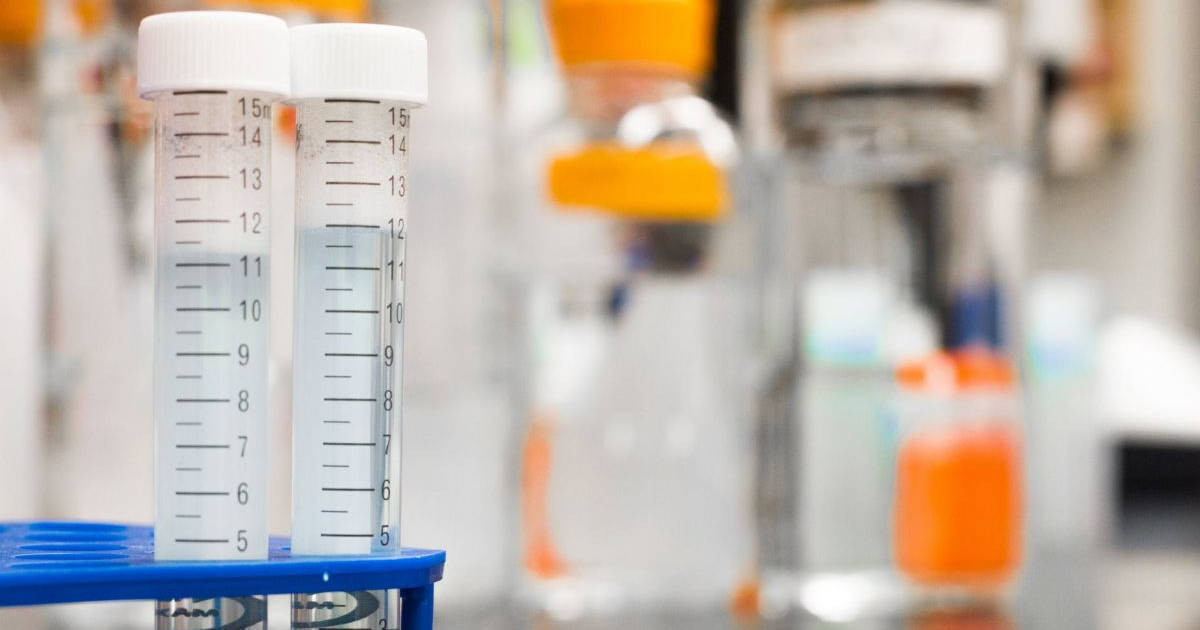 What are some specific examples in nature of complex processes or entities assembling themselves, with no other help but environmental influences?

As we have learned in the first book [Lode, 2016], philosophy is hierarchical. Before we can know how we should act, we have to know what exists, how we know, and who we are. And only through understanding our ancestry, all the way back to the origin of life, can we get the full picture. In that regard, knowledge of physics, chemistry, biology, evolution, and consciousness forms the bridge between the philosophy of knowledge and the discussion of ethics in the next book [Lode, 2018]. We have already discussed physics, and the principles of evolution, let us now focus on the basis of life—chemistry.

While modern life consists of cells, DNA, and complex cellular mechanisms, basic properties like replications can be easily created. But when discussing biochemistry, we have to move away from the very scientific way of looking at nature by looking at its parts. Nature is not a workshop where someone or something designs and assembles items. A better analogy for nature is: throwing all the ingredients into a pot and then waiting for them to arrange themselves. Nature does not have to deal with providing exact locations or movements for most of its operations; nature waits until the randomly moving particles are at the right place and then continues. In the same way, a filter does not individually pick and drop the small grains of sand but (assuming someone shakes the filter) simply “waits” until the larger stones and the grains are separated.

As water cools, the water molecules arrange themselves in a low energy state: ice crystals. Depending on how the water is cooled down, the molecules have a different amount of time to reach their fixed state. The slower the cooling, the more compact the ice crystal structure becomes (see Figure 4.2). To create certain types of snowflakes, the environment needs to provide specific temperature conditions and a certain humidity in clouds, mixed with winds created by temperature variations caused by Earth’s rotation and the sun (see Figure 4.3).

The example shows what kind of complexity can arise from simple physics and chemistry without even having cells with genetic material. If an organism had to create a snowflake, it would require a complex set of genetic instructions while nature builds these structures for free by merely having the physical laws play out. The first life forms did not have to invent chemistry and physics out of the blue, they were rather an extension of them. Other structures require both heating and cooling for their assembly. The conditions for this process can be found underwater near hydrothermal vents (see Figure 4.4). Underwater volcanoes spew out hot, mineral-rich streams of smoke into the cold ocean water. Like the evaporation and precipitation of water in the air, this creates a circulation of rising hot water and falling water that was cooled down.

Imagine a mineral-rich stream of smoke rising upwards from an underwater volcano. Let us assume the stream contains circular molecules with the property of attaching to each other when in cool water. The hot vent ejects molecules upwards, the water slowly cools down, and molecules start to connect and form tubes. After a while, more and more molecules connect to each other into these tubes until the water with the molecules is falling down again toward the vent. This applies heat to the long tubes and they break off into smaller tubes, again attracting other freely moving molecules while rising up again with the hot stream. This process continues and more and more tubes are created (see Figure 4.5).

Based solely on the circulation of the water driven by volcanic activity, as well as molecules with a specific property of connecting in cool water and breaking off in hot water, this model shows how simple self-replication could work without having complex machinery. Obviously, when talking about the origins of life, we are thinking about cells. Also, we have not described the properties of these tube-building molecules. So, let us now discuss the actual chemical properties of certain structures.

The thing most closely resembling what we know as “cells” are bubbles we see in water. Especially when mixing water with soap, bubbles form naturally. Soap bubbles are basically water bubbles with soap molecules on their inside and on their outside with the water trapped in between. These bubbles have interesting properties: they are stable for a while, they can connect with other bubbles, and you can split the bubbles into two—given enough skill. While this already sounds like a “cell,” nobody claims that soap bubbles would be a good basis for life. Still, let us look closer at their properties.

Soap consists of long molecules with two ends (see Figure 4.6), the “head” that is chemically attracted to water (“hydrophilic”), and the “tail” that repels water (“hydrophobic”). When you drop soap into water (and apply energy, meaning you stir the water), the natural reaction of the soap molecules will be to have their “head” turned toward water molecules while their tail turns away from water molecules (for example, toward bubbles of air, caused by the stirring). Like arranging triangles in a circle (or pieces of a round cake), geometrically, this leads to round objects (micelles). In moving water, the soap molecules will all be arranged to “enclose” non-water particles, for example oil droplets—you can notice this effect simply by washing your hands with soap: they get clean (see Figure 4.7).

While soap bubbles look interesting, for proper cells, we need a protective “neutral” barrier of any size—a cell membrane that divides the interior from the exterior world. The challenge is to find chemicals with the right properties. Meet fatty acids like phospholipids. As opposed to soap molecules, they have two tails, making their lower part as wide as their head (see Figure 4.8). Instead of round structures, they create flat surfaces. As opposed to micelles, they can create much larger structures that consist of two layers of phospholipids. The downside of phospholipids is that they do not naturally create bubbles like soap does, they need help from their environment in the form of pores. When you push a surface of phospholipids through a pore, spherical liposomes form. While modern cell membranes have a lot more structures arranged on the membrane, such as immune system markers, their integral parts are nothing but two layers of phospholipids (see Figure 4.9).

Just like phospholipid membranes can grow, these liposome bubbles can grow by integrating more fatty acids into their structures. And while the exact conditions still have to be figured out, you can imagine that very large liposomes can tear and split into two due to external forces like hitting other particles or simply heat—or by passing through the pores by which they were originally created. You can imagine cooled down minerals near the hydrothermal vent that has such pores and through which the liposomes pass again and again. Like a chemical catalyst, this mechanical catalyst helps dividing the “cell” into two. This process keeps repeating given that enough fatty acids are available in the environment and is in principle very similar to the growing tubes we have mentioned earlier.

Why does the process of repeated chemical self-assembly not count as evolution?

Even with these examples in mind, the jump between lifeless matter and self-replicating life seems too great. Dividing strings of molecules or even structures like liposomes that resemble modern cells fulfills the first condition of evolution—creating copies of itself—but there is no variation. The underlying molecules—fatty acids—are provided by the environment and do not change, nor has the liposome structure any influence on the molecules. As such, liposomes still look like random, non-living products of their environment. Even if heat or radiation changes some of the fatty acids, these properties are not copied. Even if the liposome gathers some proteins along the way that help with cell division, these proteins are not copied. The property missing from these liposomes is the ability to learn.

While self-replicating chemical systems can be found in nature, they show no variation. They fully depend on the available material in their environment but do not drive evolution themselves.

While self-replicating chemical systems can be found in nature, they show no variation. They fully depend on the available material in their environment but do not drive evolution themselves.‍ 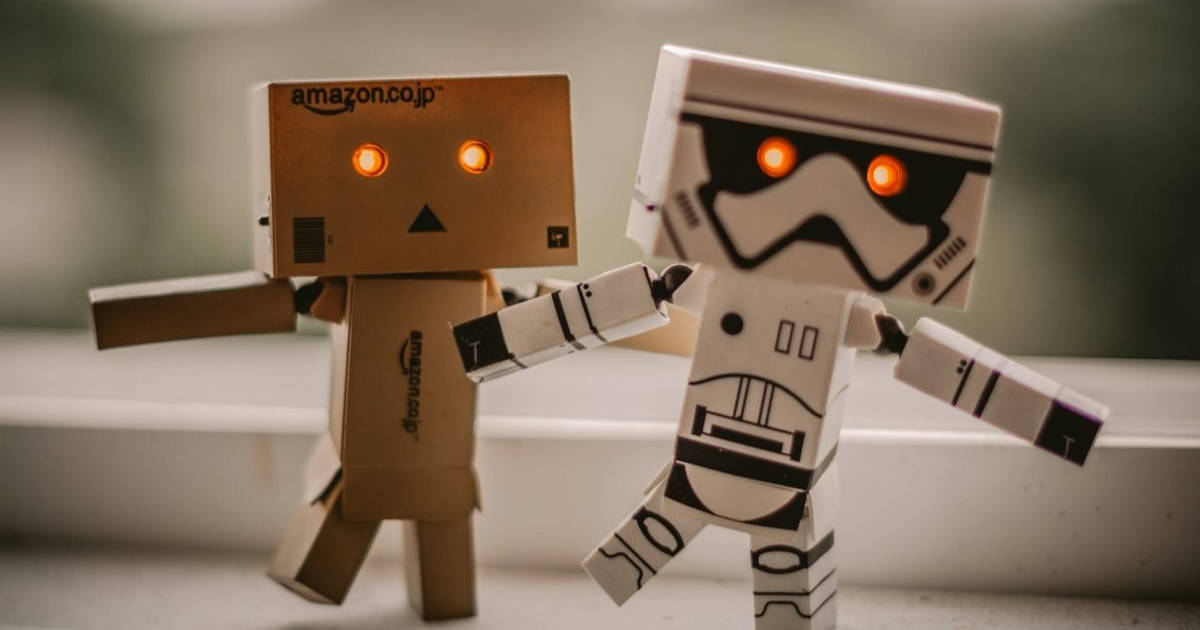 What is artificial life, how can we create it, and how can we identify it? This article discusses three different computer programs that resemble life. 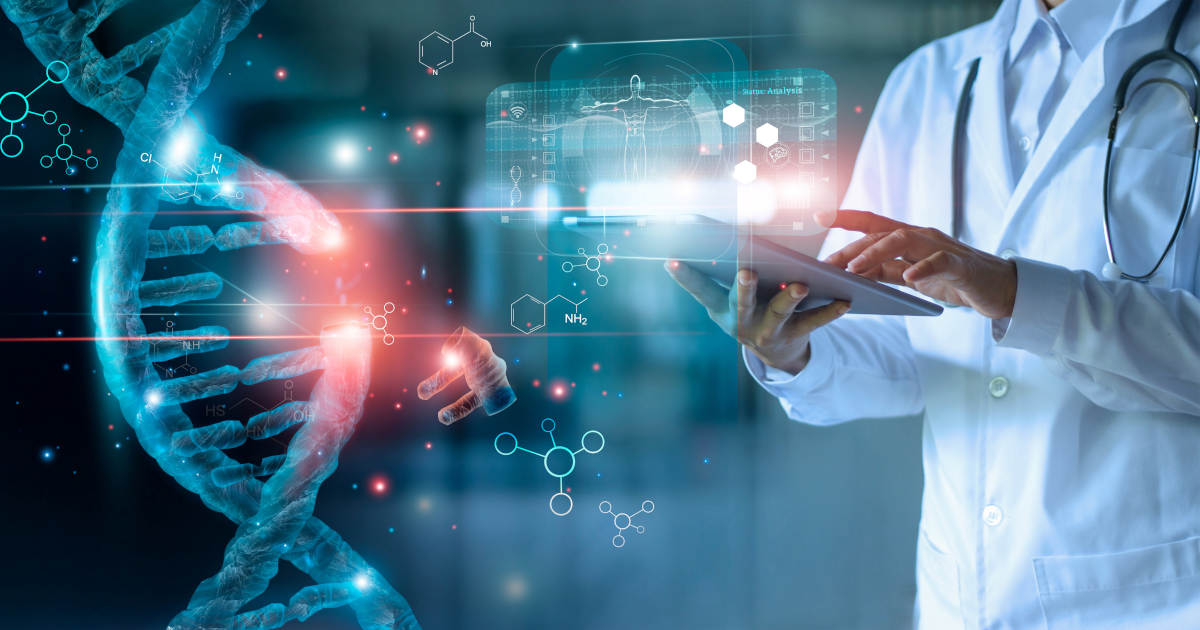 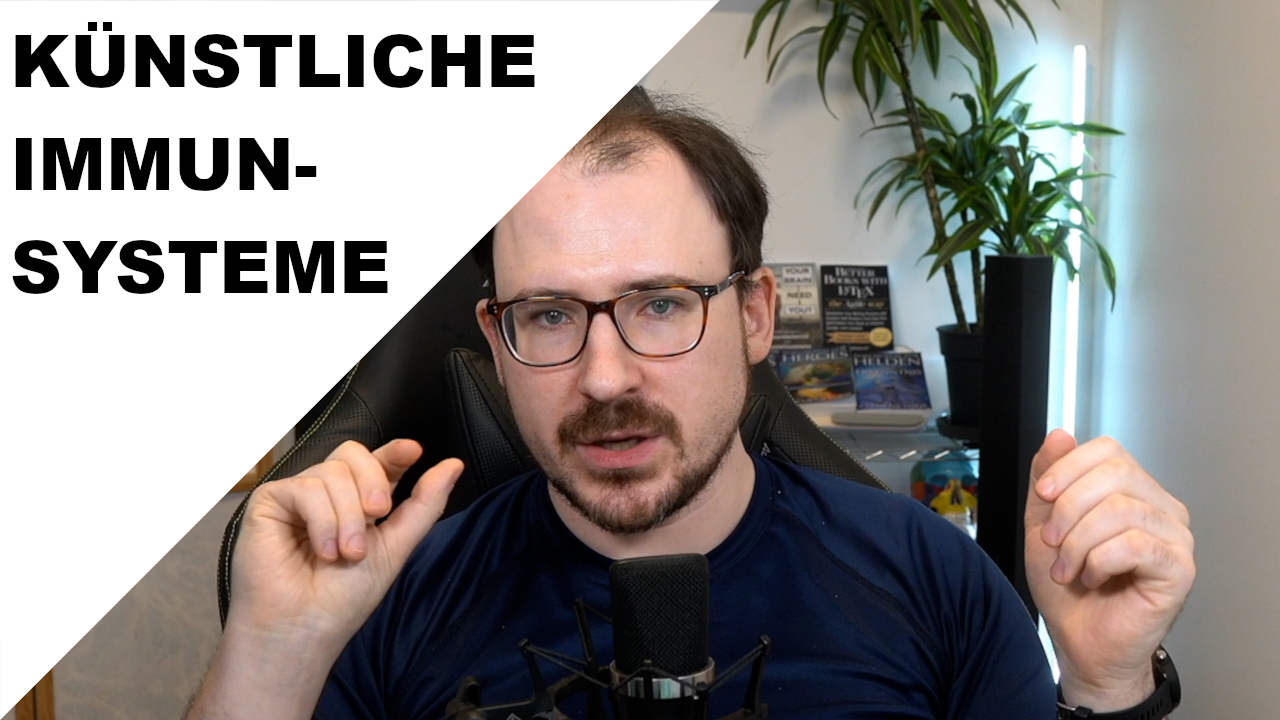 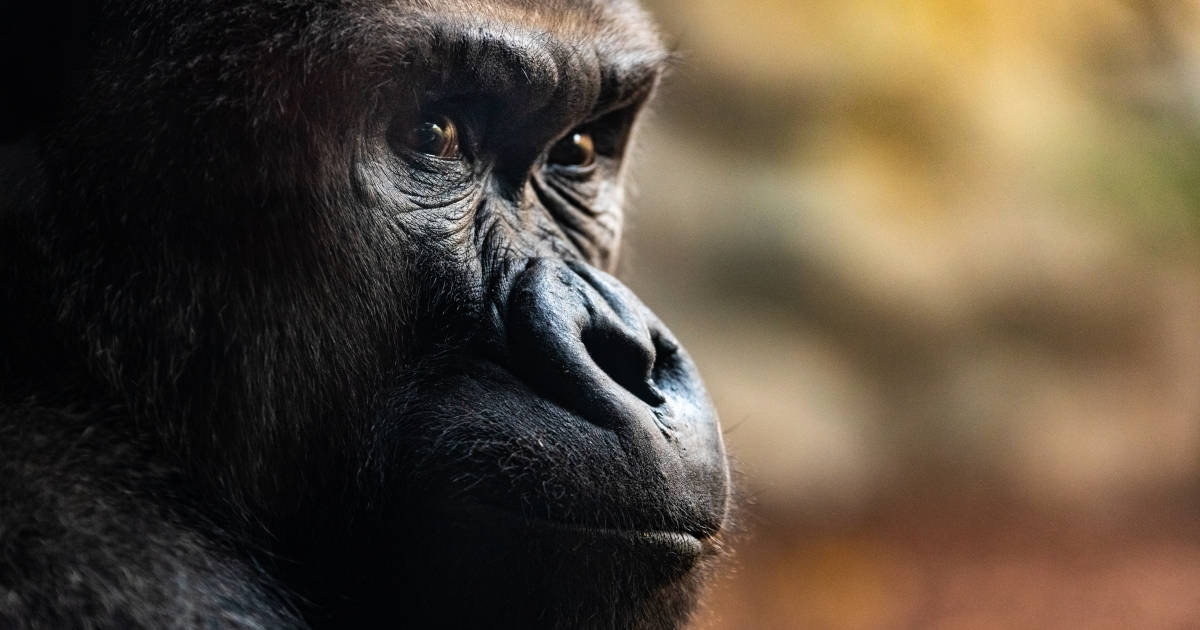 How did our Senses Evolve in the last 500mio Years?

The history of the evolution of our senses explains how we experience consciousness. This article explains the brain's architecture by looking at our ancestors. 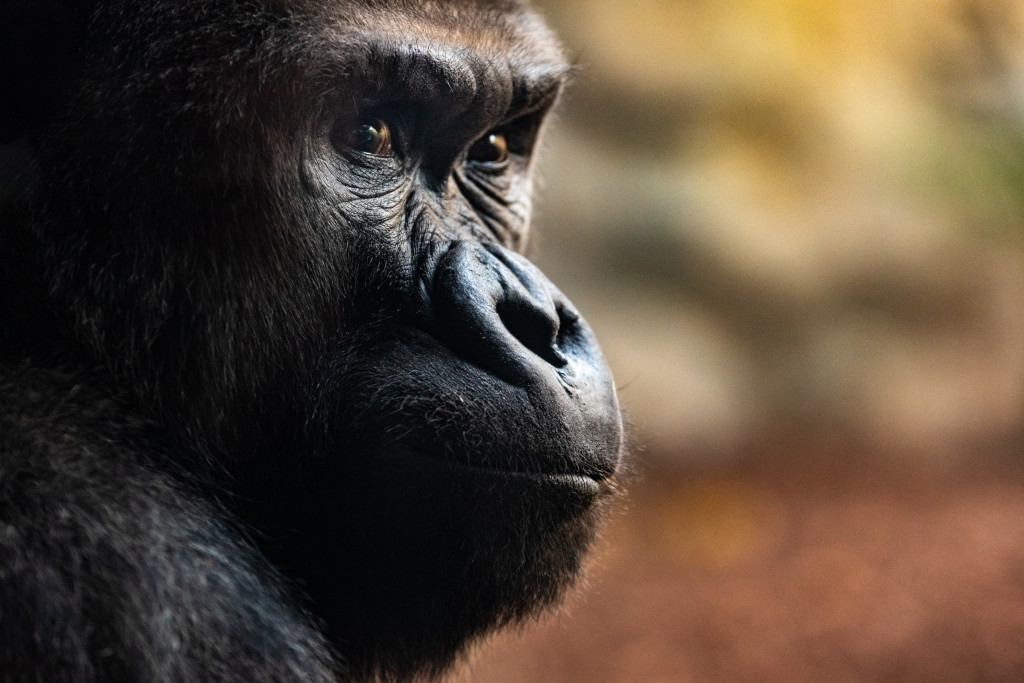 Three conditions are required for life to self-improve. Those are self-replication, variety, and selection. Once these mechanisms are in place, evolution takes its course.